What happens if a Chilean, a Brazilian and a Bulgarian, all musicians who have come to Hamburg from all directions, decide in the dark, cold Northern winter nights to start a band? They call themselves DETRAKTOR, get off a lightning start, release their first EP „Sunday Thrash“ in 2015, represent Germany at the worldwide Wacken Metal Battle, record their second EP „Size Matters“, which also features Dirk Schlaechter (GAMMA RAY) as producer an in charge for the basslines and win the Metal Hammer Award for “Newcomer of the Year 2017”.

After that, Henrique Queiroz (drums / vocals), Rafael Dobbs (guitar) and Boris Pavlov (guitar) pick up bassist Juan Orellana, also from Chile, as the fourth man to complete the squad to record their first full length album“Grinder”.

The debut will be released in September 2019 at the St.Pauli-based record-label „Violent Creek“, which has already proven in the past that they got a good nose for excellent Thrash- and Death metal bands. Fitting to this date, the four-piece will play their release-show at Reeperbahn Festival’s Metal Dayz. 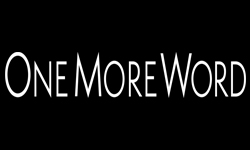